A leaderful Future of Work: True leadership in the age of self-management.

What does it mean to be a leader—and leaderful—in the Future of Work?

“Leadership is a matter of intelligence, trustworthiness, humaneness, courage, and discipline… Reliance on intelligence alone results in rebelliousness. Exercise of humaneness alone results in weakness. Fixation on trust results in folly. Dependence on the strength of courage results in violence. Excessive discipline and sternness in command results in cruelty. When one has all five virtues together, each appropriate to its function, then one can be a leader.”
– Sun Tzu I have always wrestled with the concept of leadership. Coming from a design background, I was more inspired by makers than leaders. Leadership, as a notion, felt like it only belonged in the traditional business world (the boss), politics, and even worse, some other big public profile propagandistic figures that are overrated and highly publicized. For me, the title of ‘the leader’ held a stigma and remained an alienating concept that I never wanted to be associated with.

Making my way into the corporate and business world, and particularly the innovation space, I often found myself ‘leading’ projects. I saw myself as a facilitator, an orchestrator, or a process designer, but not necessarily a leader. The process itself was the leader and I was there to both energize and enable it. Although fundamentally true, this point of view was limiting–not to say a little naïve.

Beyond my first visceral reactions to what a typical leader looked like—coming from a culture where leadership is usually is associated with a male figure, sometimes corrupt, an abuser of power and privilege—I came to a new understanding: leadership is a natural role that emerges and evolves from experience and involvement over time. I myself have been called a leader in various spaces, and this left me wondering: what does leadership really mean, and what makes for a great leader?

Leadership in The Future of Work.

With the Future of Work conversation taking front row, leadership as a construct and function is being disrupted.

Take for example the move toward a flatter, more agile organization featuring distributed leadership models. Many organizations are embracing innovative ways to move from idea generation, to testing, to implementation as a way to accelerate go-to-market strategies and to increase competitive advantages. These organizations are introducing flatter structures that eliminate the time consuming process of going up and down the decision making ladder. By rethinking and reframing hierarchy and adopting agility,  organizations are becoming more adaptive and resilient, and challenging the status of the known boss-leader.

Additionally, with the movement towards employee empowerment and self-organizing teams, some organizations are decentralizing their management and organizational governance. Therefore authority and decision-making are distributed throughout a holarchy of self-managing teams rather than being vested in a management hierarchy. These new models of working and organizing are fueling the emergence of new forms of leadership – a leadership that I can get behind.

The Dynamic and adaptable leader.

Leadership in the era of self-management and Agile requires a different approach than the traditional waterfall decision making and governance based on the legacy organizational chart.

Leadership in the context of self-management means being embedded in a highly dynamic process and creating the right conditions for teams to move quickly, adapt, pivot, and iterate in order to make rapid-fire decisions. A traditional, removed, and highly structured hierarchy can significantly impede progress and slow down an organization.

In organizations where employees are encouraged and enabled to become entrepreneurs and hold strategic roles, the leader stands out by taking responsibility and accountability for results. The leader shapes what success looks like in collaboration with the team. For this to really to happen, the leader must leverage the newly obtained freedom to take on critical initiatives and respond dynamically to the changes both inside and outside of the organization.

Most importantly, the leader must lead with good practice and integrity, bring the team on board, nurture their autonomy through trust, invest time and effort to mentor teammates, and hold space for learning and growth. When everyone is a leader and embraces these qualities, the organization grows into a deliberately developmental one* – one that maximizes its business value by investing in its people.

*A Deliberately Developmental Organization is built around the conviction that organizations will prosper when they are deeply aligned with people’s strongest motive: to grow. To achieve this, organizations must design a culture that supports the ongoing development of people, and this becomes embedded into the daily fabric of working life; visible in the company’s regular operations, day-to-day routines, and conversations.

The Authentic and self-aware leader.

In order to create a Future of Work in which everyone thrives, organizations must nurture a sense of care and invest in an organization design and culture where people come first. Successful organizations and teams create a supportive human environment in which all team members understand where they are on their personal journey, how they show up, what they sense, and what impact they have. The person most in-tune with the self (those who are self-aware) will most likely show up with those qualities which sow the seeds for a fruitful self-managed organization: connect with others, understand their unique strengths (and weaknesses), and make conscious choices.

To create a Future of Work in which everyone thrives, organizations must nurture a sense of care and invest in an organization design and culture where people come first.

This level of emotional insight, mindfulness, and grit qualify particular team members to rise to the occasion and become leaders in the group. The interesting aspect of this type of leadership is that it’s organically formed and dissolved based on the overall flow of the team. Depending on the moment, the state of the group and the nature of the challenge, leaders will lean in, do, and then retreat while enabling others to take on the roles when better suited. Leaders who know themselves know when to pass the baton.

A Leaderful Future of Work.

In a previous post I wrote, “The radical disruption of work–as a catalyst for and as a result of change–has profound systemic and social implications.” One dimension of the discourse around the Future of Work is the future of leadership, and it is being reformed through myriad forces. The new forms of leadership are ones that I am interested in and can stand behind–A Future of Work that encompases a Leaderful Practice.

A leaderful Future of Work is one that promotes a form of dynamic and self-aware leadership. One in which everyone is invited to participate and engage in leadership. One that recognizes the potential of its people and liberates their humanity.

Here’s a visualization that illustrates my take on the various forms of leadership I have observed and experienced:

The difference between the boss, the entrepreneur, and the leader are made evident… which one are you?

Leadership encompases many styles, and it’s important to have inclusivity and diversity across ranks; leadership is no exception. Here’s a passage from an essay I enjoyed reading:

The weird thing is that the word ‘leader’ itself is cliché and boring, but when you come across somebody who actually is a real leader, that person isn’t cliché or boring at all; in fact [they are] sort of the opposite of cliché and boring.

Obviously, a real leader isn’t just somebody who has ideas you agree with, nor is it just somebody you happen to believe is a good [person]. Think about it. A real leader is somebody who, because of [their] own particular power and charisma and example, is able to inspire people, with “inspire” being used here in a serious and non-cliché way. A real leader can somehow get us to do certain things that deep down we think are good and want to be able to do but usually can’t get ourselves to do on our own. It’s a mysterious quality, hard to define, but we always know it when we see it, even as kids. […] A leader’s real “authority” is a power you voluntarily give [them], and you grant [them] this authority not with resentment or resignation but happily; it feels right. Deep down, you almost always like how a real leader makes you feel, the way you find yourself working harder and pushing yourself and thinking in ways you couldn’t ever get to on your own.

This is the third installment in the Future of Work Series by Simon. To see his other work, visit his bio page. 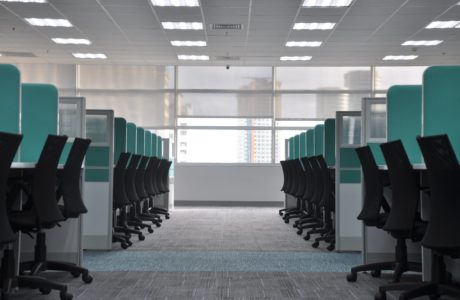 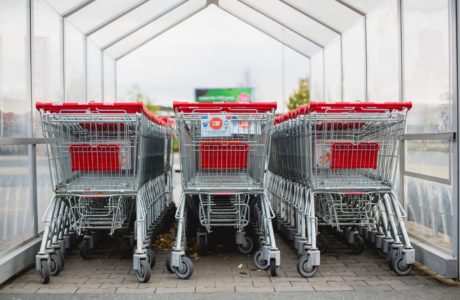 Ready for a new normal? 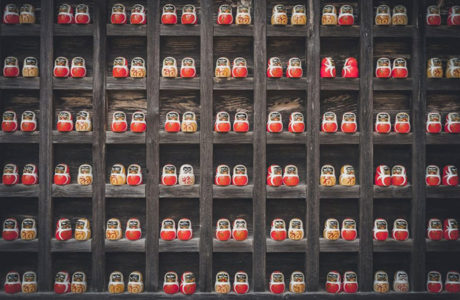 The Future of Work and the Innovation Russian nesting dolls.